PRE-COLONIAL ERA
The Age of Exploration
The 1400s and 1500s are known as the Age of Exploration. Countries ventured beyond their borders for political power (larger kingdoms), economic gain (money), and religious influence (beliefs). But long before the Age of Exploration, people had been exploring and trading along the Silk Road. Was the road really made out of silk?
silk road
By the 15th century (1400s) and 16th century (1500s), the Silk Road had existed over 1,600 years, and the travel routes had become well established - and controlled. The Age of Exploration is so named for the new routes sought out by countries to expand their political power, economic gain, and religious influence. The great oceans needed to be crossed in order to accomplish these goals, but there were obstacles to be overcome. Watch the three videos below.

Maps were one of the the tools explorers used to discover new lands. Trade along the Silk Road had existed for over a thousand years before the Age of Exploration, and detailed maps had been perfected of Asia.

Once they got to other lands, they found more tools that were useful. For example, China had developed gunpowder and had invented the magnetic compass early on. They traded these tools with other merchants who traveled the Silk Road going back as far as 206 BC.

The Silk Road was mainly an overland route and was very long and very dangerous. European kings wanted to find a shorter route to China and India (east Indies). They relied on maps of their day to make important exploration decisions.

How did Europeans see the world in the 1400s and 1500s? According to the maps of their day, Europeans thought you could simply sail west to get to Asia. They didn't know of the large land mass that was in the way (North America and South America).

Behaim Map 1492
Cartographers upgraded their maps after European explorers discovered the Americas in the late 1400s. The Americas are there (far left), but look how small they are represented. They did the best they could with the limited information that they had. 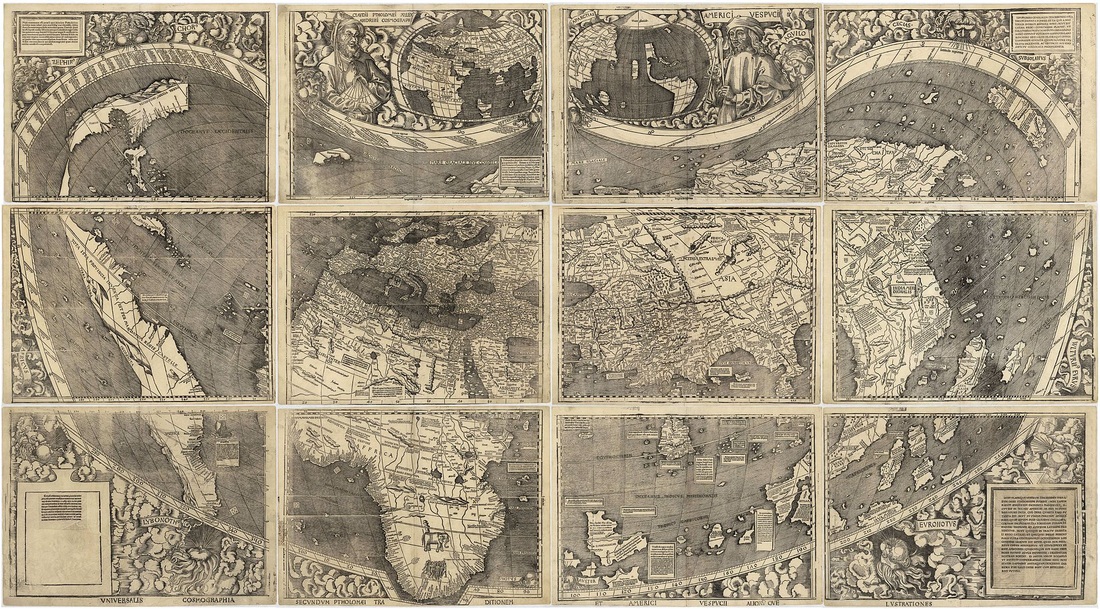 Waldseemuller Map 1507
For thousands of years, there was little contact between people on the different continents. That changed in the 1400s and 1500s. Why did it take so long for Europeans to discover the Americas? One reason is that early ships did not allow for safe travel across large bodies of water. Technological advances in shipbuilding in the 1400s and 1500s allowed long-distance travel across the Atlantic and Pacific Oceans. 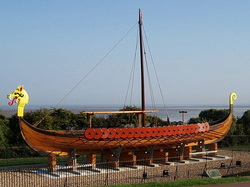 Longships of the 1300s were powered by oars, and were used mainly for wars, not long-distance travel. They didn't have rudders to help guide them through large bodies of water; rudders hadn't been invented yet. Using sails and man-powered oars, ships were sea worthy, but not easily steered. 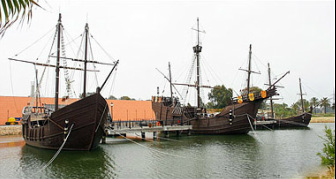 Caravel ships were the latest European technology in the 1400s. They were lighter ships and more agile, relatively fast, and easy to sail, partly because they now had steering rudders.  Columbus used this type of ship in his 1492 voyage. Below is a cross-section of a typical merchant ship of the 1600s. Living quarters were very cramped and uncomfortable.

by User Musphot on Wikimedia Commons
After several hundred years of exploring, people had traded many products with each other and they had a much better picture of our world. Below is a map made in 1795. It portrays our world more accurately than earlier maps. 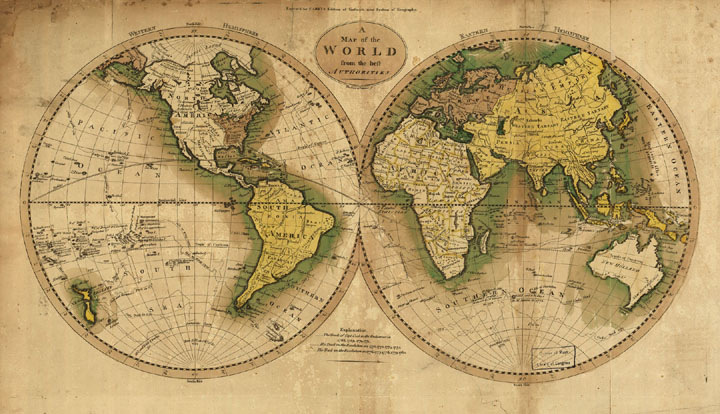